[Last night we held our Fantasy Reading Party at the Dram Bar in Woodlands Road, Glasgow. This has become an annual event supported by funding from the School of Critical Studies, at which current and past students from the MLitt Fantasy read out their creative work, revealing in the process just how dazzlingly diverse and innovative fantasy fiction and verse can be. Tacos are involved, and a certain amount of beer and other liquids. A couple of our readers fell ill, so I read out the following extract from my work-in-progress, a novel called Ratpig, to fill in the gap. I’m posting it here at the kind request of the listeners!] 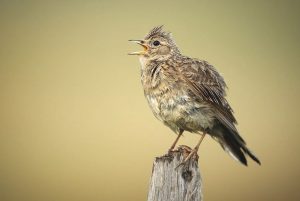 That night as the Manager slept, a guard was strolling along the East wall of the city, whistling a tune he had just made up. The kids called him Twitter because of his whistling: he could do it by blowing air through a chink in his body armour, and he could vary the tone by twisting his torso in different directions, which made his posture as he walked decidedly odd. He would bend his body left and right, or tilt it backwards, or turn it round till the chestplate faced behind him, and the noises this produced when he whistled seemed to him quite beautiful, though most people thought them hideous; they were always asking him to stop. In fact, the Manager had forbidden him to make his music less than five hundred metres from Kozy Klothes, which was why he walked the city walls when he wanted to practise.

And this was the perfect night for practising. The storms of the previous night had swept the skyways clear, and now the tiny traffic lights of the stars blinked rapidly on and off as if picking up a signal from some far-off controller. The forest was still, and in the intervals between his whistling he could hear small creatures crashing about in the undergrowth, inspired to sudden movement by his tunes, or so he liked to think. Inspired means breathing in, he reminded himself; I breathe out through the chinks in my armour, the creatures breathe in, and together we form a circuit, a connection across time and space which is powered by music. What a lovely thought. If only his fellow guards could see it as he did.

Twitter stopped and leaned his elbows against the parapet. He couldn’t inhale the scent of the forest, but he could let the breeze from it play in his joints, and he could appreciate the altered tone this gave to his whistling. Sometimes he stood like this for hours on end, like a harp in an empty hall being played by the currents of air that swept across its strings. He would stand here till dawn if he could, unless Sergeant Rivet showed up and shouted at him.

A loud clank sounded next to his elbow and a chip of stone from the top of the wall flew up and struck his helmet with a high-pitched ping. So rapt was he in his whistling that he merely thought how nice the sound was, how well it blended with the melody he was weaving. Then he looked down and saw a metal hand grip the parapet with fingers of steel. No, not a hand: a hook of some sort, three prongs like crooked claws digging channels in the stonework. Twitter stared for a moment, then leaned over the parapet.

Someone was clambering up the wall directly below him, swinging from a length of cord attached to the hook. Someone human and agile, with a bundle strapped to its back. The human was dressed in green and had long thin limbs like the limbs of a spider, though there were only four of them.   He could not tell the human’s gender, so he would think of it as a ‘he’, as he thought of himself. He had been programmed to think of human beings as males, it was his default setting, though he had often wondered why, and had even thought of changing it.

But for now the question was not what gender it was, but what were its intentions? Twitter was a Kozy Klothes guard and therefore responsible, by extension, for the safety of Stitch, where the Kozy Klothes factory was located. Admittedly his principal task was to keep the workers under control; the present situation, whereby a stranger was climbing into the city without authorization, was unfamiliar to him, and he had to root through his programming for several seconds before he found the relevant guidance on what to do about it.

As a matter of fact there were several options available, but the simplest choice, and the one that would enable him to return most quickly to what he really wanted to do – that is, to whistling – was to burn this human to a crisp with his trusty flamethrower. After that it would be unnecessary either to interrogate the thing or determine its sex. It would be speechless. It would be sexless. It would be dead.

Pleased with his decision, Twitter raised his left arm and aimed the nozzle of the flamethrower at the intruder. But to his surprise, the intruder was not where he had been before. The rope was still hanging down from the three-pronged hook, swinging slightly in the breeze, but the climber had gone. Perhaps he had sensed Twitter’s presence and returned to the safety of the forest, leaving his rope behind? That would have been sensible of him. Such a decision would have relieved Twitter of the need to take any action, and as such Twitter would have been grateful to the stranger for taking it. He didn’t like taking action unexpectedly; it disrupted his creativity circuits, which were better equipped for making music than making corpses.

Twitter decided he had better take one last look around, just to make sure, before he went back to his whistling. He rotated his upper body through one hundred and eighty degrees, and in the process saw – again to his surprise – that the stranger was standing behind him holding a knife. It was a large, serrated knife, and Twitter noticed with some interest that it was of a perfect size and weight to pierce his body armour at the point towards which the human was aiming it: that is, the narrow opening between the top of Twitter’s neck and the lower section of his metal throat.

This was the last thought that passed through Twitter’s head before it was violently wrenched from his shoulders and sent bouncing off into the darkness like a metal football.

As it went, it experienced some regret at this interruption to its whistling.

Meanwhile the stranger sheathed his knife, picked up the grappling hook and began to coil the rope around his left hand and elbow. As he coiled, he raised his lean face and sniffed the air, flaring his narrow nostrils like a dog’s.

The wind had changed direction and was now blowing fitfully from the city. Something about it, some scent it carried, caught the man’s attention and he paused in his coiling. A smile spread across his face. He had found what he had been looking for and it was right here in this city, only metres from the place where he now stood. He would not go and fetch it at once – he must study the situation first, see what he was up against. But he had found it, found her, and there was no way on the Plain she would escape from him again.