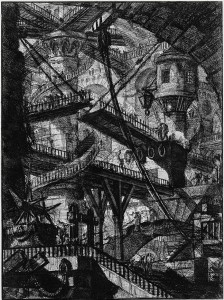 You have found your way to the blog run by me, Rob Maslen, co-director of the Centre for Fantasy and the Fantastic at the University of Glasgow. In it you’ll find material relating to a range of interests: fantasy fiction, fantasy-related events, poetry, anime movies, early modern literature and theatre, creative writing and more. Why, you may ask, have I called it The City of Lost Books? The title comes from a lost book about the Plain of a Thousand Cities, concerning which I may have more to say elsewhere. But it’s also named in recognition that fantasy books have been lost to the curriculum since the days when the fantastic got a bad name – somewhere around the time when Plato banished poets from his ideal Republic. It still had a bad name in the sixteenth century, when Sir Philip Sidney wrote his Apology or Defence of Poetry – a word he used to mean fiction, much of which was clearly (for him) fantastic, preoccupied with ‘making things either better than Nature bringeth forth, or, quite anew, forms such as never were in Nature, as the Heroes, Demigods, Cyclops, Chimeras, Furies, and such like: so as he goeth hand in hand with Nature, not enclosed within the narrow warrant of her gifts, but freely ranging only within the zodiac of his own wit’. Replace ‘his’ with ‘their’ and this is as good a definition of fantasy as you could wish to meet in the present day. Yet fantasy fiction has existed in an alternative dimension, a hidden library, for much of its existence; and the question of how long it has existed is as vexed as any question about a past that has not yet discovered how to write itself. All we know for certain is that the hidden library has grown to huge dimensions, almost as large as the stupendous edifice in Jorge Luis Borges’s short story ‘The Library of Babel’. It’s more of a city, now. And it’s time to wander in and see what books we can recover from it.

Rob Maslen
Co-Director, Centre for Fantasy and the Fantastic
University of Glasgow