[Last semester my colleague Matt Sangster challenged me to list my top ten fantasy titles (or, to be precise, my top ten works of fantasy literature written in the English language in the twentieth century). I’ve tried this exercise before, and the list has radically changed each time I’ve compiled it in my head. Call this a snapshot, then, of my preferences at the time of asking (October 2016). If he’d asked me the same question this month the list would have been quite different…] 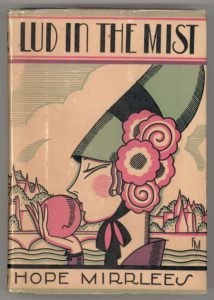 The oddest of fairy tales, in which the bourgeois citizens of a prosperous town express their fear of sex, death, the working classes, unruly women and disobedient children, by banishing all talk of such things from polite society. They also banish a hallucinogenic drug called Fairy Fruit. Forbidden things (which also include the priesthood and the aristocracy) are confined to a place they call ‘Fairyland’, beyond the country’s borders. Inevitably the borders can’t be policed, and all efforts at containing illegal people and objects fail. Gorgeous descriptions, extravagant names, and a murder mystery complete the picture. A snapshot of English life in the immediate aftermath of the First World War. 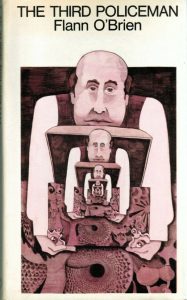 Written in a language like no other, this bizarre trip into the tormented interior of 1930s Ireland – which is a miniature working model of 1930s Europe – is so packed with invention, so chock-full of gags, so musical in its rhythms and so disturbing in its vision of the way the world ticks that there’s no describing it. The nameless narrator finds himself caught up in the clockwork mechanisms of the universe. Although from one point of view his experiences are hell, they are punctuated by moments of such heartbreaking beauty and hilarity that the book is like a piece of shot silk, as dark or light as your mood at the time of reading. Boxes within boxes have never seemed so explosively complicated. Bicycles have never seemed so erotic. 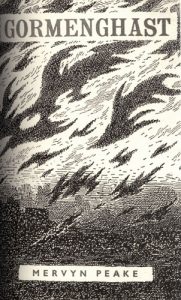 An architectural fantasy, whose chief character is a labyrinthine castle governed by rituals whose origins and purpose have been lost in the dusty corridors of time. At first the castle’s denizens are as isolated from each other as the castle is from the outside world. Gradually they come together in the face of the threat posed by Steerpike, an ambitious former kitchen boy who seeks to transform the building into a totalitarian state, or a playground, or a madhouse, depending on his mood. A matchless commentary on the various forms of dictatorship, internal and external, that dominated the middle years of the twentieth century. 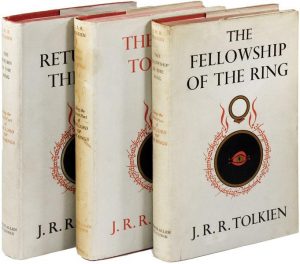 I love this for the subtlety of the transition from the world of the hobbits – the comfortable Shire – to the world of the ancient epic heroes; for the effortless interplay between telling details (mushrooms, pocket handkerchiefs, Longbottom Leaf, stewed rabbit) and the sweep of a grand narrative; for the sense of increasing danger it generates from the first chapter; for Tolkien’s obvious delight in bringing the remote past into vibrant life. The book perfectly captures the precariousness of the mid-twentieth century, in which war and imperialist expansionism threatened to obliterate the past altogether. 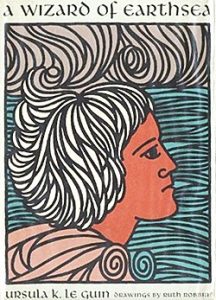 A perfectly constructed story, about a boy whose abusive and lonely childhood gives him a problem with women that almost turns him into a monster. The world he lives in, made up of islands, encourages an isolationism in its inhabitants that only adds to his loneliness. The dragons here are the best in fiction, with the possible exception of Tolkien’s Smaug. Le Guin’s delight in the sea that both separates and links her islands is as palpable as her fascination with the social and political causes of psychological damage, and the strange roads that lead to healing. 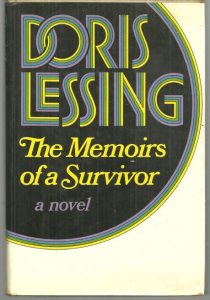 Doris Lessing, The Memoirs of a Survivor (1974)

Lessing called this an experiment in autobiography, and it’s the perfect example of how fantasy can force us to rethink the terms by which we understand the world we live in. A city is undergoing radical changes, a breakdown in the social order which the protagonist observes uneasily through the window of her ground floor apartment. The causes of the breakdown are unclear, but it’s implied that they have their roots in the breakdown of relationships between men, women and children in the domestic environment, which the protagonist also sees played out in a kind of looking-glass world on the other side of her living room wall. The style has a magnificent awkwardness that admirably conveys the difficulty of making sense of things, and the inadequacy of conventional forms of expression as a means of doing so. The ending is as ambiguous as it is exhilarating. 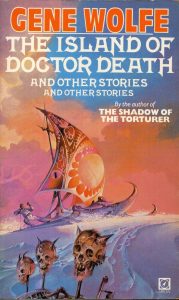 The best collection of fantastic stories of the twentieth century. Though many of these are science fiction rather than fantasy, Wolfe’s refusal to authorize any single version of the strange events he presents us with invests the whole collection with a magical atmosphere, as if we are witnessing successive acts in a ghost circus. You’ll have to read these stories again and again in an effort to work out what happens in them, and each reading will give you a different answer. Just like living through the 60s and 70s, those decades of change when the stories were written. 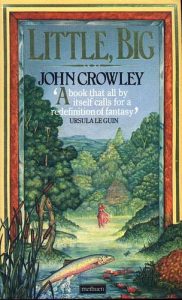 Another architectural fantasy, set in a house whose many facades make it seem like several houses occupying the same space. Over three or four generations, an American family struggles to come to terms with its close relationship with a supernatural community of half-seen beings – perhaps the fairies – who have made their homes in the house’s environs. The fairies become a metaphor for the many forms of estrangement and misunderstanding that afflict the small community called the family, as well as the larger communities of the city, the nation and the world. Re-reading it now I think of it as the ultimate threnody for the political and social possibilities of the 60s and 70s. The prose sings. 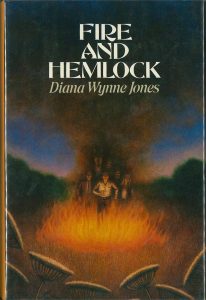 A children’s book for grown ups. A neglected young girl makes friends with a man who seems in thrall to the mysterious head of an extensive and powerful family. The girl and the man tell each other stories and the stories come true in unexpected ways. Based on two old Scottish ballads, ‘Tam Lin’ and ‘Thomas the Rhymer’, this novel is remarkable for the way it traces the changing relationship between girl and man until both are adults and equals. It is also an extended commentary on the complex relationship between the life of the imagination and ‘real life’ – whatever that is – and how the former changes as we change, adapting itself to our needs at different stages of our development. And it has much to say about our false assumptions concerning the natures of adulthood and childishness. 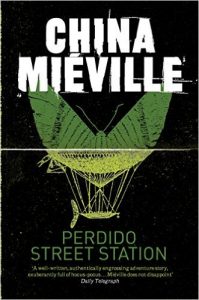 A disgraced scientist sets himself up as the champion of justice and the saviour of a city. In fact he is the one who put the city in danger by releasing the Slake Moths, monstrous yet strangely attractive insects that feed on the dreams and memories of men and women, leaving them helpless, barely sentient. A brilliant meditation on the problem of mounting an effective resistance to global capitalism in an age when everything you eat, wear, study, think and dream is in some sense an integral part of the capitalist machine. Full of astounding composite creatures (cactus-people, insect-people, machine-people) whose awkward hybridity confirms the fact that we are all of us bizarre from other people’s perspectives, and that we are all of us to some extent implicated in other people’s atrocities (which means we are also honour bound to work against them).