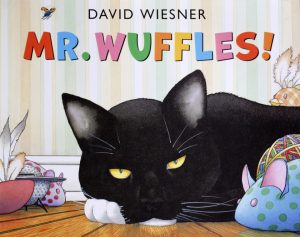 One definition of Fantasy is as follows: the faculty or activity of imagining impossible or improbable things. From the perspective of a storyteller this is a thrilling concept, as it brings the realm of the uncanny valley into sharp focus and brings the world of creativity along for the ride. It is our greatest tool, fantasy. It allows us to see the impossible and make it real in the realm of words, pictures, movies, and cartoons. It is both foundation and building material for all we need as creators of our worlds and has fostered and called forward a group of people who wish to see this idea of the impossible made real and grow. So, an offering from a storyteller to you, dear reader; a glimpse into the Symposium of Fantasy and the Fantastic.

The world gathered and the pause that followed hinted at magic, the wondrous, and the fantastic. Then time rolled forward, and the spell was cast as the first presenter took the stage. We were crowded into a room filled to the brim with people curious and wanting to engage, not knowing what would become of them or how they would be transformed by the end of the Symposium. But fear not, dear reader, for it was once said by J.R.R Tolkien, “Not all who wander are lost”.

The assembly at the Fantasy and Fantastic Symposium consisted of Professors, Sci-Fi magazine Creators, Environmental Activists, Writers, Bards, Researchers and Students, who want to help foster, create, and share the world of Fantasy. Various cultures and backgrounds from around the globe, all gathered in Glasgow. It was a showcase for what could be accomplished if given the breathing room and a space to interact with those from within and outside of the academy. It was, from my point of view, a delight, and a warm and welcoming feeling to be embraced into this discussion so whole-heartedly.

The presentations given at the Symposium both celebrated and informed the gathering. The topics ranged from the environment to online resources to sexuality and its representation in Fantasy, giving us a brief glimpse of how the narrative in the genre has changed. If anything, this Symposium enforced the idea that the study and understanding of fantasy in academia, literature, and on a larger research scale is welcomed, and wonderfully embraced by people all over. Many were curious about a picturebook involving aliens and a cat. Nearly wordless, it was a perfect example of a storyteller’s delight.

This Symposium also connected people within the University of Glasgow. A teambuilding exercise took place after a break for lunch. The written idea of what is needed – what does fantasy mean to us, how does it act, what does it do, why is it needed – was debated in small groups. An interest in bringing new people into the fold, celebrating new authors and other branches of fantasy, was expressed. Inclusion and exchange were ideas brought up by many groups. The recognition of the need for accepting the world at large and bringing in those who are curious about fantasy was warming to hear. There is no need to hide in the shadows, lurking away from the public eye when it comes to the increasing passion to embrace the world of the fantastic. There was a general sense of needing to let others know that they are welcomed into this genre. Both students and professors had an amazing chance to exchange ideas, talk about their interests, and plan for future ideas. Our shared understanding of how to move forward with the collection of creative ideas to make something more will lead, we hope, to an archive to be drawn on for the teaching of fantasy and the fantastic.

When the sun started to set on the day, and the winds rolled low, esteemed author Terri Windling gave parting words in her Keynote speech, encouraging us to wonder, to cling to fantasy, to create and to build upon the world through our amazement at its wonders and through our embracing of its darkness. Having never outgrown the world of fantasy, Terri was able to deliver this message to us, her audience. As a storyteller myself, Terri’s words rang loud and clear. Her poise and grace, as she talked to us about what inspired her and how she became a writer, was profound.

As Jonathan Gottschall said, “We are, as a species, addicted to story. Even when the body goes to sleep, the mind stays up all night, telling itself stories”. I firmly believe this applies to the Symposium and the future that will unfold from the collaborative creativity that came from it. And so, dear reader, what stories will you tell next? They can be fantastic, they can be sad, they can be grand, funny… whatever we wish, because we are storytellers. So, again: what stories will wetell next?