[This is the third blog post stemming from the Symposium on Fantasy and the Fantastic, which took place in early May (the first and second are here and here). It’s the second ever guest blog post on The City of Lost Books, and is written by Taylor Driggers, who is currently completing a PhD at the University of Glasgow on Becoming Psyche: Quest(ion)ing Myths of the Divine Feminine in the Desert.  Taylor’s own blog, Dancing in the Desert, can be found here.]

Recently I attended the Symposium on Fantasy and the Fantastic held at Kelvin Hall in Glasgow on Friday, the 10th of May. I was part of a cohort of scholars, writers, industry professionals, and fans who came together with the aim of sharing ideas and discussing our hopes and plans for the Research Centre for Fantasy currently in development at the University of Glasgow. If the presentations and conversations on the day were any indicator, the centre shows some promise of being an indispensable resource, although this will crucially depend on a conscious and sustained effort for accessibility, inclusivity, and material support from the institution. 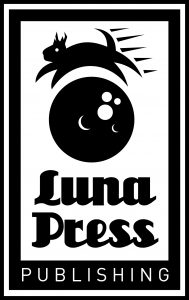 Of the 5-minute talks that comprised the symposium’s two morning sessions, I was particularly struck by Mariana Rios Maldonado’s presentation on ‘Tolkien, Ethics, and the Other’, Ruth Booth’s discussion of how fandom spaces can build relationships between creative and academic communities, and Dale Knickerbocker’s reflections on fantasy as a tool for teaching ideology. I found that the questions raised by Maldonado’s research are strikingly similar to the ones that drive my own work on fantasy and queer religious imaginaries: namely, can fantasy help us contend with difference? How does the strangeness of fantasy allow us to re-think how we relate to others as radically other and create communities based on non-competitive, non-oppositional, but nonetheless disruptive encounters? These questions implicitly informed many other presentations during the day, including Sally Gales’ discussion of how the concept of ‘dead space’—used to describe abandoned spaces where abandoned people often congregate—informs her dystopian fiction, as well as Francesca T. Barbini’s presentation on her company Luna Press’s commitment to publishing accessible SFF scholarship. Maldonado’s talk in particular stood out to me because of its nuance and its radicalism. Drawing on the work of Jewish ethicist Emmanuel Levinas, her research applies an intersectional analytical framework to Tolkien’s common themes of heroism, evil, death, and free will in a way that deftly complicates the usual talking points about representation in Middle-earth.

If Maldonado’s presentation provided a fruitful starting point for theorizing about fantasy’s potential for imagining more equitable communities, Booth and Knickerbocker each offered practical approaches to extending this potential to our own working and networking habits. As a fellow southerner from the American ‘Bible belt’, I resonated deeply with Knickerbocker’s exploration of fantasy as a tool for challenging oppressive ideologies in a classroom setting. As with many of his students, fantasy has been one of my primary outlets for questioning the assumptions and beliefs of the environment in which I was raised. Booth, meanwhile, drew on her experiences as both a scholar and writer of fantasy to demonstrate how fandom spaces, though by no means utopian, create exciting opportunities for cross-disciplinary collaboration. As both these presentations showed, fantasy’s ability to foster ‘[communion] with other living things’, to borrow a phrase from Tolkien’s ‘On Fairy-stories’, need not be confined to the private reflections of the reader; it can (and arguably should) also spill over into the public and professional lives of all who engage with fantasy texts. This is the thought that lingers in my mind the most, not only from the morning’s presentations but also from the afternoon discussion of hopes and plans for the fantasy research centre.

Perhaps relevant to my overall impressions of the event is that it occurred during a period of anxiety on my own part about whether I will be able to build a sustainable career in academia. My reflections on it in the intervening days have undoubtedly been coloured by my broader concerns about the institutional structures that govern and shape our research and teaching. To paraphrase words spoken by a colleague during the afternoon roundtable discussion, it’s all very well to speak about fantasy’s potential for inclusiveness of ‘the other’ and its ability to speak to marginal experiences. The challenge is figuring out how we will embody that notion in our professional, creative, and institutional practices. I have been fortunate during my time as a PhD student at the University of Glasgow to be working in a subject area that values and actively cultivates the study of fantasy fiction. Nonetheless, at present, access to academic resources and a research community often come with steep financial barriers of entry, contentions with national borders and immigration policies, and precarious working conditions, and this limits our discipline’s ability to put into practice what many of us preach in our work.

Ursula K. Le Guin wrote in 2003 that in the face of capitalist exploitation and homogenisation, ‘fantasists are perhaps trying to assert and explore a larger reality than we now allow ourselves. They are trying to restore the sense—to regain the knowledge—that there is somewhere else, anywhere else, where other people may live another kind of life’. It follows, then, that as writers, researchers, independent scholars, and fans of fantasy, we must also seek to live another kind of life in our everyday, primary world existence. The Centre for Fantasy and the Fantastic at Glasgow has an opportunity to imagine more equitable and sustainable ways of pursuing academic research, creative work, and public engagement, and to put structures in place to support that work. Judging by the ideas shared at the symposium, there are many reasons to be optimistic about its ability to do this. It will only happen, however, if we are honest about things as they currently stand in the academy, leverage what institutional authority or power we may have to effect change, and collaboratively come together to unbuild the walls that limit access and inclusion.