[This is the second blog post stemming from the Symposium on Fantasy and the Fantastic, which took place in early May (the first is here). It’s also the first guest blog post on The City of Lost Books. For that reason I’m delighted that it was written by one of our graduates, Marita Arvaniti, who will be beginning a PhD with us in September this year, on Fantasy in the Theatre. Marita raises some important issues here about the economics of academia, among other things…] 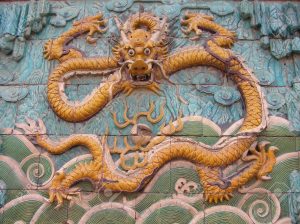 What does Fantasy do? What is Fantasy for?

Those were the two main questions that we were called to answer on Friday, May 10th, in a Kelvin Hall seminar room. We were scholars, young academics, students, writers, editors, and fans, brought together by the morning’s talks and coffee breaks and now ready to tackle the second part of the Symposium on Fantasy and the Fantastic: the Discussion.

All of us were seated around impromptu cardboard tables (“Imagine a table”, suggested Rhys Williams as we struggled to balance the cardboard on our legs and arm rests, and we did), presented with big sheets of paper and markers, and asked to think and talk creatively about fantasy and the fantastic. It was important that everyone gets to talk, that everyone has a voice, but other than that we weren’t given any guidance. At the end of the talk I sneaked a look around the room to see the many different approaches people had taken to filling out their pieces of paper. Huge blocks of text and carefully bullet pointed lists all seemed miles away from my group’s haphazard collection of thoughts and ideas, thrown slapdashedly onto the page. 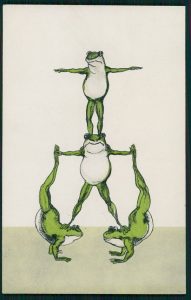 Our conversation started with a joke. According to our team the thing that fantasy both does and is for was “mental acrobatics”. But the joke soon took  on a life of its own as we started to realize its potential. Fantasy makes us perform mental acrobatics every time it presents us with an impossible situation, helping our mind think and move in ways that we are not used to in our everyday life. Fantasy exercises the imagination, makes us more flexible by presenting us with unimagined possibilities that attack the perceived realities of our world that are filled with inequality and hate. Fantasy is also playful: a genre, a mode that has inspired great parodies of itself and nurtured authors like Douglas Adams and Terry Pratchett. Even Tolkien, who protested silliness or buffoonery, has, we decided, ‘something of a B-movie quality about him,’ and where his imitators went wrong was in ignoring that.

In the end, my favourite view of Fantasy as we discussed it is the quote that gives this blog post its title: Fantasy exists badly. It exists as a joke, as a B-movie, as a formulaic sword and sorcery novel, as an all-white, all-male club. It also exists as the antithesis to itself, an oxymoron (I’m sure no other fantasy scholar has made that comment) that was able to provide the ground for the likes of Ursula K. Le Guin, Nalo Hopkinson, Ellen Kushner, N. K. Jemisin, and Kai Ashante Wilson to thrive.

Fantasy exists badly. With that in mind we moved to the second issue we were called to discuss: What Should a Centre for Fantasy and the Fantastic Do? And this, dear reader, is where this blogpost becomes less of a paean and more of a cry. 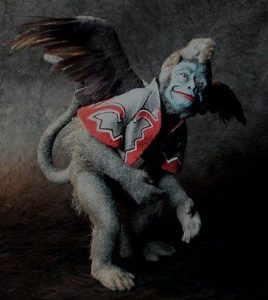 The sad truth is that the truth is sad, to paraphrase Lemony Snickett, and in this, as in all academic conversations I take part in these days, it all boiled down to this: more funding. Paid internships, paid positions in the University for Grad students and PhDs, paid initiatives that will help us all come together and create a centre for fantasy and the fantastic in this wonderful city that a lot of us desperately want to call home. Because the ideas were there. The will was there, driving us all forward to put down suggestions ranging from the idealistic to the pragmatic, from whimsical dreams of the university providing Rob Maslen with a group of (paid) flying monkeys à la the Wicked Witch of the West to serious requests for the one thing that’s not in our power to offer: more funding.

Fantasy academia relies heavily on the force of its cult status, kept alive by the love of people willing to give up their time freely and consistently. It is, for many of us, a passion made into a career, the official endorsement we needed to keep spending our time reading books about dragons, orogenes, witches, and fairies. Sadly, we’ll do it for free.

This is not to say that things aren’t changing. If anything, my writing of this blogpost and taking part in that wonderful conversation in Kelvin Hall proves it. Opportunities such as this amazing Symposium would have been impossible last year, perhaps unthinkable the year before that. But as a graduate of the MLitt Fantasy course who has to watch as some of my most brilliant classmates and friends received rejections despite their brilliant proposals, and deal with my own rejection and what that means for the future of my PhD, I am worried whether that change will come fast enough to help any of us, or whether we’ll do the job that’s in front of us for free, out of a passion that might sustain the mind but will definitely not pay the rent.

Fantasy exists badly and so, for the moment, does fantasy academia. But with this Symposium came an unmistakable hope for change, and a momentum that will drive us forward, if we let it. 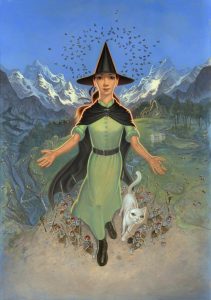 4 thoughts on “Fantasy Exists Badly: Creating a Centre for Fantasy in Glasgow”